WORKING ON BEHALF OF OUR MEMBERS
Our mission is to drive sustainable demand for British wool in order to maximise returns for our members.
Home >  News >  Press Releases >  British Wool provides long term support for sheep farmers

British Wool is focused on two key deliverables for sheep farmers – the price returned to producers for their wool, and the levels of service delivered.

Over the last 12 months, the global wool market has proved challenging, with prices affected by reduced demand for crossbred wool in China and uncertainty following Brexit. Despite this, British Wool auction prices throughout 2017/2018 have been stable, averaging at £1.00 per kilo, with good clearance rates at auction throughout the season.

Trevor Richards, British Wool Chairman commented “There’s clear evidence the market sees the value of British wool, backed up by strong demand from buyers and good clearance rates at auction. If we look back 12 months ago, prices for British wool were 20% lower than New Zealand wool. Recent months have seen that gap close, with a premium being paid for some British types. It’s also worth remembering that British Wool always pays more than the competition buying wool direct from farmers – that’s because we are a producer organisation, standing up for producers best interests. The more producers who market their wool through British Wool, sees better returns for every producer, which is why we’ve recently launched initiatives like our new entrants scheme, which provides early years cash flow support to farmers who are new to wool production.”

Joe Farren, CEO, said “Joining British Wool means long term support for sheep farmers. It’s important we think about the future, and implement a strategy to secure long term success. This is where British Wool comes into its own – we have a strategic role to play in assessing and developing new market opportunities, and increasing consumer demand for British wool. Initiatives like this will deliver greater rewards across the long-term, securing the future of the wool industry.” 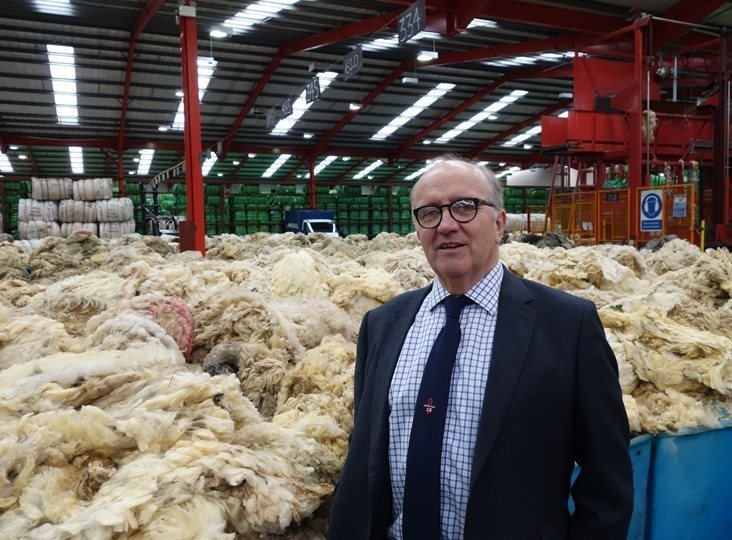