WORKING ON BEHALF OF OUR MEMBERS
Our mission is to drive sustainable demand for British wool in order to maximise returns for our members.
Home >  News >  Press Releases >  Colin lays down his shears

Colin lays down his shears

This week, British Wool, the body which represents the interests of the UK’s wool industry, is seeing the retirement of one of its key figures, Colin MacGregor.

A former world-renowned Scottish Shearing Champion, Colin has played a major role at British Wool. As he steps down after 20 years, we look back at the career of a man who has dedicated his career to shaping British shearing training standards, securing global recognition.

Colin sheared his first sheep with hand shears aged 10, at his home in Lochearnhead. Starting out as a British Wool shearing instructor before taking up his role as Senior Instructor, Colin has instructed thousands of shearers across the UK and Europe.

From the outset, Colin’s philosophy has always been about laying the right foundation, so everyone learning to shear gets taught correctly from the start. “This is the vital first rung on the ladder of a great shearing career. After this, they can build whatever they wish to achieve on top of this.

“When setting up 20 years ago, we benefitted from European Funding, which enabled us to train and mentor instructors. The legacy today is a UK-wide framework of highly skilled shearing instructors, who train and support young shearers at all levels.

Colin has no hesitation in saying that he feels this has been one of his greatest achievements: “I am most proud of the quality of shearers and the standard of shearing that we have here in the UK today.  This is, without a doubt, a result of the tremendous team of instructors and mentors that we have put together.”

A former high achiever himself, Colin became Scottish Champion twice in the 1980s, and represented Scotland on the international stage. He has personally instructed many shearing stars, including former World Champion Gavin Mutch.

While shearing is at an all-time high, Colin acknowledges there have been major industry changes. “There are fewer sheep than twenty years ago, however the quality of our sheep is exceptional, and I believe our farmers are producing some of the very best in the world.

“It disappoints me that wool in general is undervalued, so the challenge of the future is to get more people to understand and appreciate the versatility of this natural fibre, so it can attract more markets and better returns.”

Colin sees a bright future for shearers. He adds: “You can earn a good living from shearing, and at the moment the opportunities for young shearers are great as there is a shortage in Australia and New Zealand. So, my advice would be to spread your wings and enjoy travelling!”

Commenting on his contribution to the shearing industry here in the UK, and indeed globally, Joe Farren, Chief Executive Officer for British Wool, said: “Colin has been instrumental in establishing a training programme that underpins effective, high quality shearing and wool production. Without such training in place, wool production would be uncompetitive, and the wool we receive would be of much poorer quality. Colin has influenced shearing across the world, and our courses are globally recognised as the benchmark for training wherever wool is sheared. The quantity and quality of shearers in the UK is something British Wool is very proud of. The positive progress made during Colin’s 20 years is also demonstrated by the way competitive shearing and wool handling has developed; with UK based competitors achieving global success and recognition.”

As an agricultural co-operative, representing around 40,000 producers, British Wool is aware of the importance of ensuring skills are maintained and improved across the generations for the future success of wool.  Training and knowledge transfer is a priority, and there has been a resurgence in the number of people keen to learn or improve their shearing, blade shearing and wool handling skills. Thanks to Colin, courses for shearers and handlers of all abilities are now available, beginning with a ‘Blue Seal’ award and running up to the highest ‘Gold Seal’ award.

So, one final question for Colin - what next? “I want to spend time at home in Lochearnhead getting to know my farm again.” He ends, “Getting it into shape is something I have not had time to do for the last 20 years!” 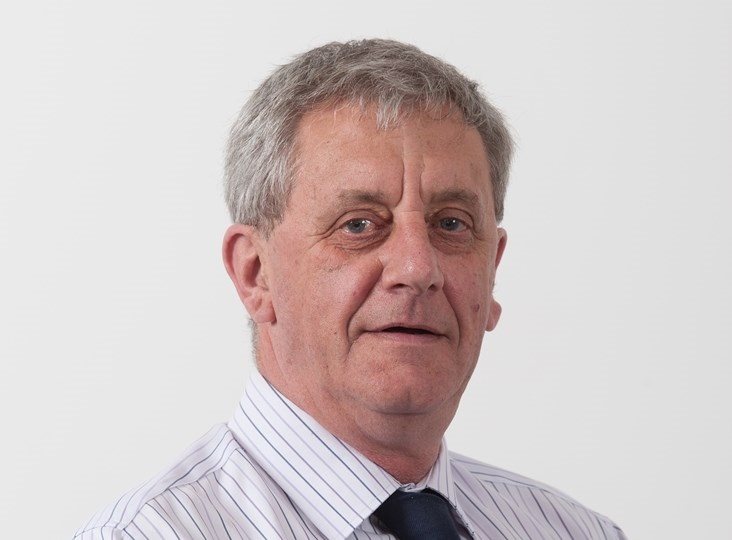