WORKING ON BEHALF OF OUR MEMBERS
Our mission is to drive sustainable demand for British wool in order to maximise returns for our members.
Home >  News >  Press Releases >  British Wool announces Elis as the Wales winner of development programme

Elis Ifan Jones from Llanddeiniolen, Caernarfon has been announced as the winner of British Wool’s new Training & Development programme.

17 year old Elis is a student at Glynllifon College studying a BTEC Level 3 Agriculture course a subject he feels truly passionate about. Elis has a keen interest in keeping sheep with his family farming 2,000 sheep - with that in mind, Elis’s favourite time of year is always the shearing season.

The new British Wool Shearing Training & Development Programme was launched earlier this year which offers one winner from each UK nation the opportunity of winning 12 months of training as well as a Lister Shearing prize package worth £500.

At the beginning of the 12 month programme, the training aspect will include attending a British Wool machine shearing course, followed by a gear course, a wool handling course and completing the programme would be a second machine shearing course. The development aspect would give Elis the opportunity to get advice from experienced British Wool shearing instructors and also, depending on availability and shearing ability, the opportunity to gain on farm experience working with a shearing contractor. During the 12 months programme, the four UK winners will also visit British Wool’s Bradford head office and wool grading depot as well as a scouring plant, following the wool supply chain process.

After being announced as the Wales winner, Elis said: “I’m delighted and feel very proud to be given this opportunity by British Wool. I’ve been shearing for two years and previously attended a British Wool/YFC beginner shearing course at Abergele where I successfully achieved my Blue Seal award. These courses are extremely beneficial - there are many young shearers in North Wales that have benefitted in learning an important rural skill and provide a stepping stone for young people such as myself.   The courses also offer the best way to improve your technique without picking up any bad habits along the way

“My best achievement to date is shearing 160 sheep in a day, I’ve always wanted to better myself and improve my skills - I believe that I am now ready to move to the next level in my shearing development. The Lister Shearing prize package offered in the competition is fantastic which includes so many handy pieces of equipment that I don’t yet own.”

Elis continues: “In future, I hope to travel to other countries working as a shearer and hopeful this opportunity will put me on the right path in fulfilling my dream.”

Richard Schofield, Shearing Manager, British Wool said: “On behalf of British Wool I congratulate Elis on his achievement in winning this competition in Wales.  The standard of entries were extremely high and it was clear to see Elis’s passion for shearing and in wanting to further develop on his existing knowledge and skills.”

Elis concluded: “I believe shearing is a great opportunity to meet new people by visiting other farms and for socialising too. There’s always plenty of fun to be had as well as all the sweat and hard work!” 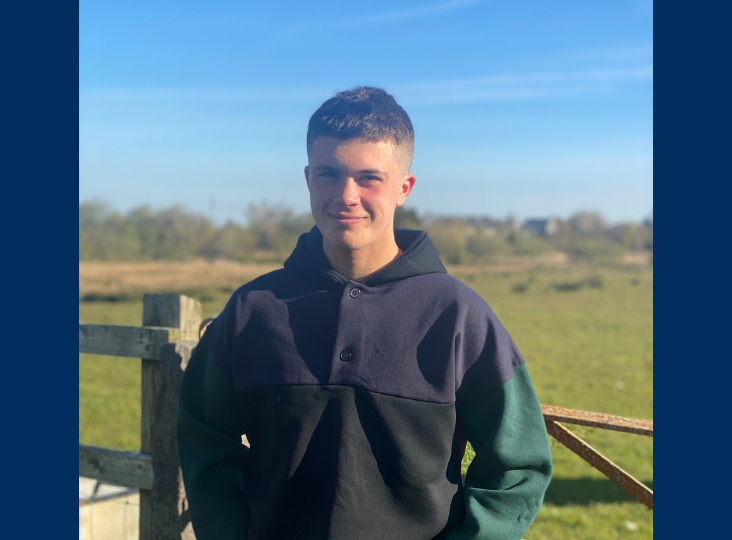