WORKING ON BEHALF OF OUR MEMBERS
Our mission is to drive sustainable demand for British wool in order to maximise returns for our members.
Home >  News >  Press Releases >  Gwenan Keeps On Rolling The Fleeces

Gwenan Keeps On Rolling The Fleeces

As we head into the 2018 shearing season and British Wool launches its new season courses, we look back at the achievements of Welsh wool-handling champion Gwenan Paewai, detailing the skill which is the very necessary companion to shearing.

Gwenan, 49, grew up on her family’s farm in North Wales, and from a young age started helping out on her parents’ farm on shearing days, and then started weekend work for her brother Hywel Jones a shearing contractor in Wales.

After attending agricultural college Gwenan went to work in a clothes factory – working piece meal – where she gained valuable life lessons, particularly a work ethic which would later take her around the world competing against some of the world’s best wool handlers.

This path began when Gwenan headed to Australia in 1993 to a wool handling job, and then on to New Zealand in the same season.  In New Zealand she worked for a contractor in the North Island as a wool-handler. The team she worked for was large, quick, and very efficient, with thousands of sheep sheared each day.  During this time, she completely immersed herself in the wool harvesting industry. Even when her two children Tesni and Glyn were very young, she continued to help with the cooking for the shearing gangs.

When she returned to Wales in 2002, she soon settled back in to UK life and qualified as a classroom assistant with a NVQ level 3.  However, it was a day out with the children in 2004 to Corwen Shears which resulted in Gwenan getting back into competitive wool handling - it was a good day out as she came third!

Today, Gwenan lives and farms with her partner Alan Derryman, who she met at a shearing show, at Home Farm, Sidbury near Sidmouth in Devon. Their livestock consists of 70 stabiliser beef cattle and approximately 900 breeding Romney ewes. At home she still gets busy with wool-handling.

Throughout her life Gwenan has attended several wool-handling courses and is enthusiastic about their benefits.  She says: “Training and development are key for competitions and British Wool courses encourage and support new competitors, as well as the whole wool industry. I personally feel it would be great if there were even more on offer.”

She would like to see certification for wool-handlers attending courses as she feels this would encourage and promote the industry.  She adds: “You never stop learning. Wool-handling courses are good, and the more wool you handle the better – there are as many different wool-types as there are breeds, and they all handle differently.”

It was during Gwenan’s time in New Zealand that her competitive career started. The contractor’s partner, Mavis Mullins, taught her the skills and the message that wool handling is a discipline. She also encouraged her and her fellow handlers to go out and compete.

The key things that Mavis instilled were to think beforehand, to practice for competitions day-to-day when you are working and practice throwing and skirting wool. Her message was: “Bring to the shows what you have learnt in the sheds.”

So, in 1993, aged 24, Gwenan started to compete over in New Zealand. This saw her successfully making it to various junior finals.

Back home in the UK, she qualified to represent Wales in the World Championships in Norway 2008, and in New Zealand in 2012. Her biggest personal achievement in competition was her win at the Royal Welsh show in 2011.

Her success and reputation led to her involvement in the team that secured the 9-hour shearing world-record for Matt Smith in Cornwall in 2016. In 2017, she was also part of the team that secured the British 1 and 2 Stand Record for Gareth Daniels and Ian Jones in North Wales, and the 8-hour shearing world-record for Roland Smith in Cornwall.  For Gwenan these were truly memorable days in the shearing sheds and ones which she was privileged to be part of.

The best advice for competition was given her by Steve Meredith. He told her to: “Keep a poker face!!” The best advice she has received for on-farm wool-handling, from all good shearers and handlers, never varies: “Be organised, keep calm, and keep up.”

In choosing her industry hero it comes down to one person: “Having been encouraged to help on the farm when I was young gave me my passion for wool and that has taken me all around the world, and back! So, for this, and his encouragement and praise for doing well in wool-handling competitions, my hero would be my Dad. He taught me to shear too!”

She adds advice of her own to anyone considering a career in the industry: “There are so many good people I've got to know through competing and working in the wool industry both here in the UK and overseas. Book yourself onto a British Wool training course and head to the Southern Hemisphere to develop the skill if you can.”

About her feelings for wool she declares: “What is there not to love? It’s natural, sustainable, bio-degradable and warm.  It’s an amazing fibre to work with and when I have the time I spin wool.”

As to the future, she says her short and long-term goals are much the same. She says: “As long as I'm blessed with good health, I wish to carry on with wool-handling. I don't see the wool-handling competition as having an age restriction.”

Colin MacGregor from British Wool said, “Gwenan is a passionate wool handler and she illustrates just how important handling is to the industry, and to shearing. Training is vital in helping you achieve maximum efficiency – whether it is sorting the wool crop at home or stepping-up to receive the champion’s laurels in competitions.

Visit www.britishwool.org.uk to register for a course and pay online (there is a 10% online discount). You can also find British Wool on Twitter and Facebook - @britishwoolfarm 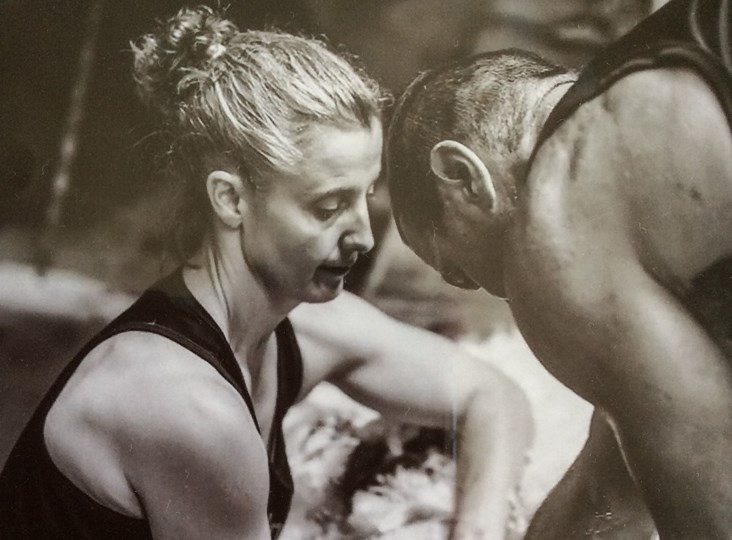