WORKING ON BEHALF OF OUR MEMBERS
Our mission is to drive sustainable demand for British wool in order to maximise returns for our members.
Home >  News >  Press Releases >  New Entrant backs British Wool support scheme

The British Wool scheme launched last year, designed to support producers who have recently entered the industry has been launched once again ahead of the 2019 season.

The scheme sees eligible producers receive 100% of their clip value as an upfront payment for their first two years, along with a priority wool in-take and grading service through British Wool’s comprehensive nationwide depot network. Producers will then transition on to the standard payment scheme over the next three years by way of adjusted balancing payments so that, over the life of the 5 year scheme, new entrants receive the same cash as they would have done had they been on the standard payment scheme throughout that period.

Eligible new entrants will receive their wool payments as follows:

A producer that has already seen benefits from the British Wool scheme is Stuart Neish, Farm Manager for the Cowhill Trust Estate, near Thornhill in Dumfriesshire who invested in sheep for the first time in 2018. As Farm Manager, Stuart runs a flock of 680 Suffolk Crosses and Mule Ewes:

“When I saw the scheme, I felt it was ideal both for me and the farm as it was aimed specifically at new entrants. I contacted British Wool, described our new sheep enterprise, and quickly realised this was something we should take advantage of. Financial support is always very important when you are just starting out, and what attracted me was knowing that we would get the return on our wool immediately.”

“Our first shearing here at the Cowhill Trust Estate was early in the season, during June. The sheep clipped well, and the wool was sent to the British Wool depot in Galashiels.”

Stuart is encouraged by British Wool’s commitment to supporting the industry and his advice to other new entrants is to ‘grasp the opportunity’ as there are no costs to it.

Joe Farren, CEO said “Investing in the future of the industry is an essential part of our strategy, and we want to play a key role in encouraging young farmers into the industry. The response last year demonstrated the demand from such a scheme with in excess of 500 producers benefitting which represented over 100,000 kg of wool delivered.  I urge anyone that’s new to the industry to make contact so you can also benefit from this important scheme.”

“Through this initiative we hope to appeal to young farmers’ to market their wool through us, and thus safeguard the long term future of British Wool for the benefit of all our members. Eligible producers will be paid exactly the same prices as all other British Wool producers.  This is purely an early years’ cash flow support scheme.”

British Wool works on behalf of producers to maximise the value of their wool, adding value through downstream product marketing, new wool product development, working with manufacturing partners, regular auctions, wool grading and processing and our efficient collection and drop service through our national depot network.

In order to be eligible for the scheme a producer must not have previously been registered with British Wool and have kept sheep for fewer than 5 years.  Full details of the scheme and an application form is available from www.britishwool.org.uk 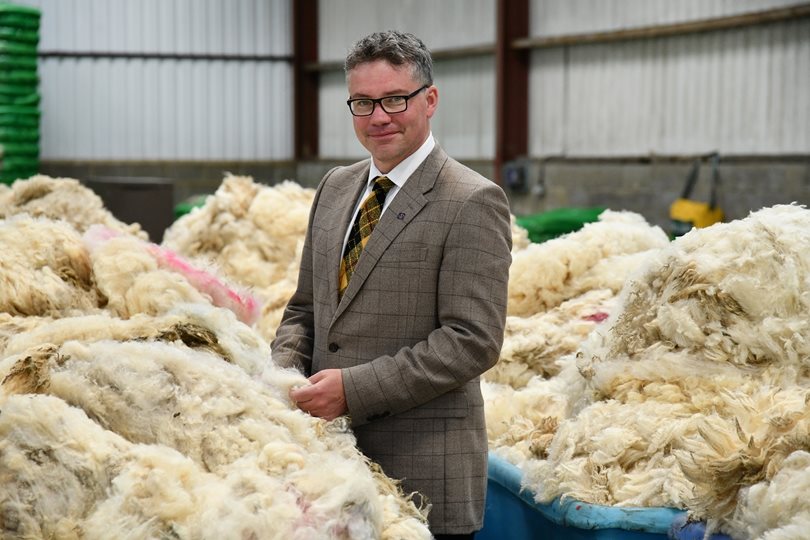