A Shetland fleece is the winner of the 2018 British Wool National Golden Fleece competition, in association with JG Animal Health.

Entered by Robin and Margaret McEwen-King, the fleece has been recognised as the best in the UK. The 2018 Reserve Champion title was awarded to Sam McConnell from Ballymartin, Co Down with a Rouge fleece.  The
results were announced on Thursday 13th December at The British Wool National Golden Fleece Awards Presentation. The Golden Fleece is a nationwide competition open to all British Wool producers, aiming to highlight the quality of British wool. Producers from England, Scotland, Northern Ireland and Wales are invited to enter their fleeces at any of the eleven British depots across the UK. In addition, the champion fleeces from 17 regional agricultural shows attended by British Wool were automatically entered into the four country finals.

On presenting the prizes to the eight finalists, Trevor Richards, British Wool Chairman, said: “British Wool handles more than 13 million fleeces each year, so for the eight fleeces that got through to the final of the competition, it is a tremendous achievement. The enthusiasm and efforts of the wool industry from all of the eight finalists was inspiring and their places in the final were well deserved.”

This year’s competition was judged by Stephen Spencer, Wool Sales Technical and Quality Manager who was keen to stress that this was no easy task, as every fleece in the final eight had its own individual qualities.

Stephen said: “The fleeces presented this year were of a very high quality, the winning Shetland fleece was an excellent example of its breed. It had a very fine quality with a soft handle and a well-defined crimp.”

Robin and Margaret McEwen-King, 2018 National Golden Fleece winners said, “We are delighted and overwhelmed that we have produced the Champion Golden Fleece for 2018. We have been farming in Scotland for 26 years and we have always had a great interest in producing quality wool. We were very proud to represent Scotland in the final and it is a great honour to receive this award.”

Mr Richards concluded: “I would like to express my thanks to the industry in supporting The Golden Fleece Competition from the agricultural shows, our sponsor JG Animal Health and of course all of the competitors.” 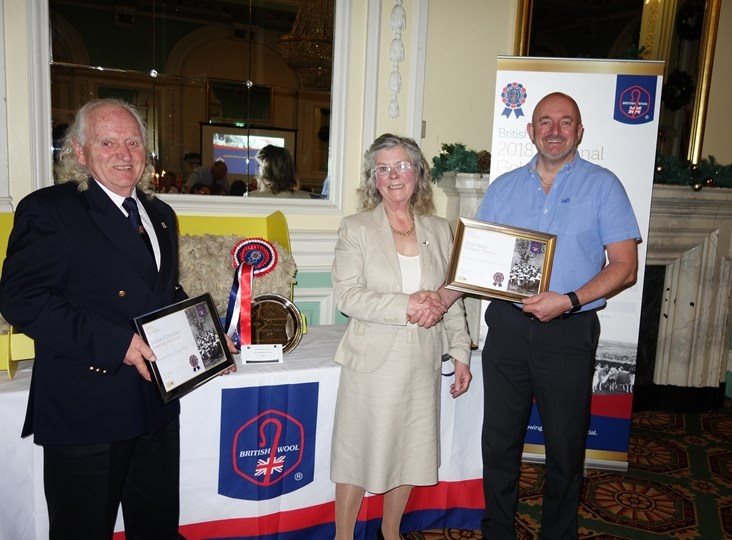