WORKING ON BEHALF OF OUR MEMBERS
Our mission is to drive sustainable demand for British wool in order to maximise returns for our members.
Home >  News >  Blogs >  Colin McGregor wins top NSA award

The NSA Scottish Region has awarded its 2019 Silver Salver to British Wools’ former Head of Shearing, Colin McGregor. Colin has had an outstanding career as a shearer all over the world, taking him from Norway to down under, securing global recognition.

He established a shearing run with Brian Perks which went under Brian’s care to become one of the biggest contracting businesses UK shearing had seen, whilst Colin went back to hone his skills with some world class shearers which allowed him to achieve Scottish National Champion, a feat he repeated only a year after suffering a collapsed lung that at the time looked to have ended his shearing career.

He went on to represent Scotland alongside Geordie Bayne in Australia at the World championships. Colin returned home in the late eighties to take on the family farm near Lochearn, and ably supported by his wife Margaret set up a busy fencing business, as well as the pair becoming well known Kent faces as helpers on the shearing competition circuit. As a shearing judge Colin is well known and respected around the world and is very involved in the World Championships in France next month, where he will, as always, be an excellent ambassador for Scottish Sheep Farming.

NSA Scottish Region Committee member John Fyall comments: “It’s Colin’s attitude and enthusiasm for training young people which the Scottish Region found most worthy of recognition. Getting the foundation right in shearing is a mantra of Colin’s, early training and continued development and his commitment over and above the work hours, and the manner in which he communicates is exceptional. He conducts his training in a friendly personable way and will give freely of his experience backed advice without offence or critique. He has helped thousands of people over a long career as a tutor but also a judge, commentator and friend to many and the committee felt with his retirement from British Wool, it was an appropriate time to recognise his contribution to a vital part of the UK sheep sector.” 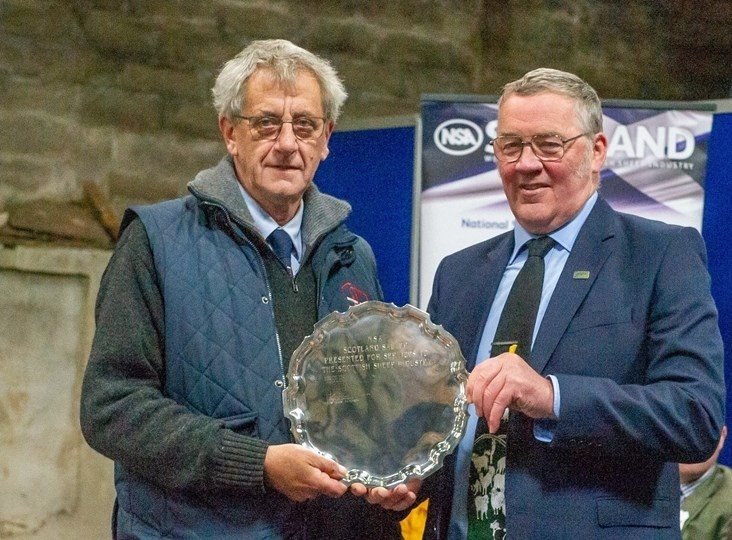