WORKING ON BEHALF OF OUR MEMBERS
Our mission is to drive sustainable demand for British wool in order to maximise returns for our members.
Home >  News >  Press Releases >  British Wool at NSA Scotsheep 2018

British Wool is a mainline sponsor at NSA Scotsheep 2018, which will be held in Ayrshire on 30th May.

British Wool’s high profile attendance will provide an opportunity for wool producers to meet the British Wool senior team and hear first-hand about the future direction of British Wool, which includes new consumer initiatives to promote this unique fibre. Newly elected Chairman, Trevor Richards and Chief Executive Joe Farren will both be attending the event.

Trevor commented: “Scotland produces over 20% of the UK’s wool clip, and as a major contributor is vitally important to the future success of the industry. British Wool has evolved to become a modern, commercial, and progressive business and we’re looking forward to communicating this to our Scottish producers. Scotsheep is without a doubt the perfect platform to do this.”

Trevor will also be hosting a Next Generation Seminar at 12 noon, giving producers the opportunity to learn more about British Wool’s New Entrants Scheme, which aims to support the next generation of sheep farmers.

“It’s vital to open doors for young people in our industry, and this Scheme is designed to provide a flexible payment structure to help the new entrant with cash flow and set-up costs in the early years. I look forward to presenting and discussing the finer details at Scotsheep.”

Throughout the day at Scotsheep, producers can also find out more about British Wool’s network of grading depots, intermediate depots and collection centres across the UK.  New sites have been opened in Lairg, Penrith and County Tyrone for the 2018 season. The last two sites have become Intermediate Depots where wool can be delivered at no cost to the producer.

Serving refreshments, the brand new British Wool exhibition unit will be open for people to learn more about British Wool and the future strategy of wool marketing.

At 9.00am in the VIP area at NSA Scotsheep 2018, British Wool invite members of the press to attend a press briefing. Press will have the opportunity to meet with Joe Farren British Wool Chief Executive and newly elected Chairman of British Wool Trevor Richards and hear for the first time the details of British Wool’s consumer initiatives, and the Young Entrants Scheme.

Breakfast rolls and tea/coffee will be available.

To confirm attendance for catering purposes and/or to arrange a one-to-one interview please contact: - 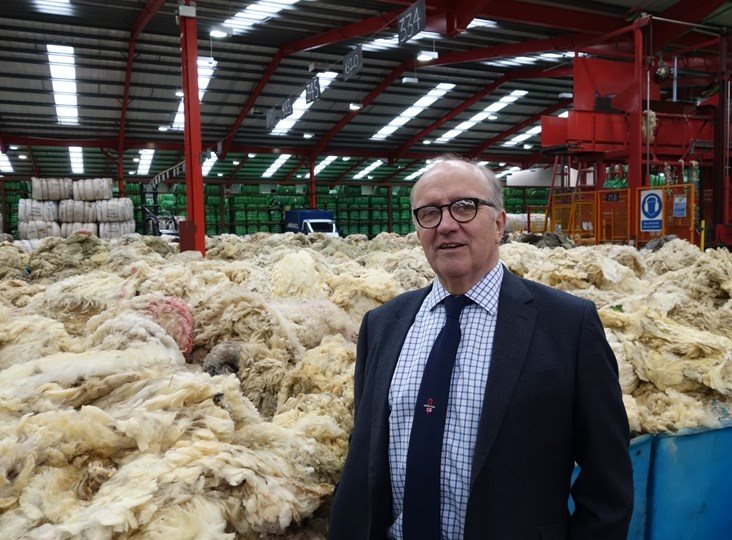