WORKING ON BEHALF OF OUR MEMBERS
Our mission is to drive sustainable demand for British wool in order to maximise returns for our members.
Home >  News >  Press Releases >  British Wool at the Royal Welsh Show

Sheep farmers and visitors wanting to learn more about British Wool can visit their display area at the Royal Welsh Show in Builth Wells from Monday 22nd to Thursday 25th July.  This year, British Wool’s display area will form part of the NSA stand, located on the front of the NSA pavilion.

The British Wool team is always keen to engage with wool producers to explain how British wool is marketed to consumers, and also how the organization maximises wool returns to producers.

Mr Gareth Jones, Producer Marketing Manager, will be in attendance at the show and said, “In addition to learning more about British Wool’s work, visitors to the stand will be able to see our British Wool product samples and also benefit from a promotion for the newest mattress collection launched by Rest Assured. Consumers looking for a mattress containing British wool can redeem their special Royal Welsh Show 10% discount at a local retailer Hafren Furnishers using the flyer collected from the stand.

The show will host numerous shearing and wool handling competitions across all four days and this year will look forward to welcoming home two World Champions following the recent successes of Richard Jones and Aled Jones in France as the new World Machine Shearing Champion and World Wool Handling Champion respectively.

Mr Jones added, “British Wool congratulate both Richard and Aled on their outstanding achievements at the recent World Championships - their success demonstrates the high standards of shearing and woolhandling we have here in the UK. As the approved training provider for shearing, we are proud to support shearing and wool handling at the Royal Welsh Show once again this year including the All Wales YFC Wool Handling competition finals.”

The show’s open fleece competition this year will be judged by Barry Bellis, Joint Depot Manager at British Wool’s Newtown depot. The annual fleece competition will be located at the back of the NSA pavilion and will once again be a qualifier for the British Wool National Golden Fleece competition - as the interest and profile of wool increases, we look forward to receiving a number of quality entries. 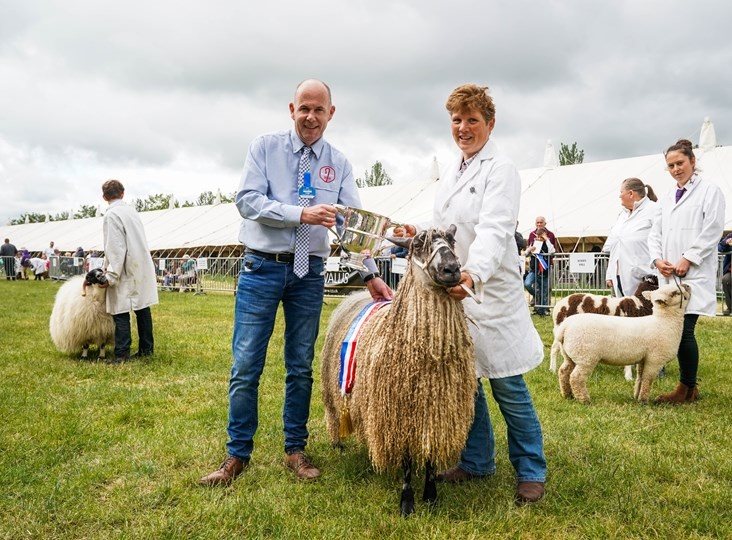