WORKING ON BEHALF OF OUR MEMBERS
Our mission is to drive sustainable demand for British wool in order to maximise returns for our members.
Home >  News >  Press Releases >  Do you hold the Golden Fleece?

Do you hold the Golden Fleece?

Managed by British Wool in association with JG Animal Health, farmers registered with British Wool can enter the competition via British Wool’s network of 11 grading depots. Qualifying fleece competitions will also be held at 17 agricultural shows across the UK during 2018.

Last year’s winning Mourne Blackface fleece was exhibited by Sam McConnell from Newry, Co Down, described as “An excellent example of the breed, displaying incredible uniformity throughout, a characteristic rated highly in fleece competitions.”

Sam said:  “Winning the 2017 competition meant a lot to me. I’ve been attending shows since I was a child, and my family has always entered competitions. I pride myself on producing the highest quality fleeces, so receiving the champion 2017 Golden Fleece title was a great achievement for me personally.”

Judging will take place across 3 stages, with finalists invited to a presentation ceremony in Bradford in December, all receiving a £125 product voucher from JG Animal Health. The 2018 National Golden Fleece Champion will receive a competition salver and £1000 prize money. Reserve Champion will receive £500.

Trevor Richards, British Wool Chairman said “The Golden Fleece competition is designed to showcase the exceptional quality of British wool, and we’re expecting incredibly high standards again this year. Being selected as one of the best exhibiting fleeces in your country is something to be immensely proud of, but taking home the title of National Golden Fleece Champion really is the ultimate accolade of superb quality British wool.”

Competition entry forms are available from all British Wool depots. Full competition rules, as well as a list of eligible shows and British Wool grading depots, can be found at www.britishwool.org.uk 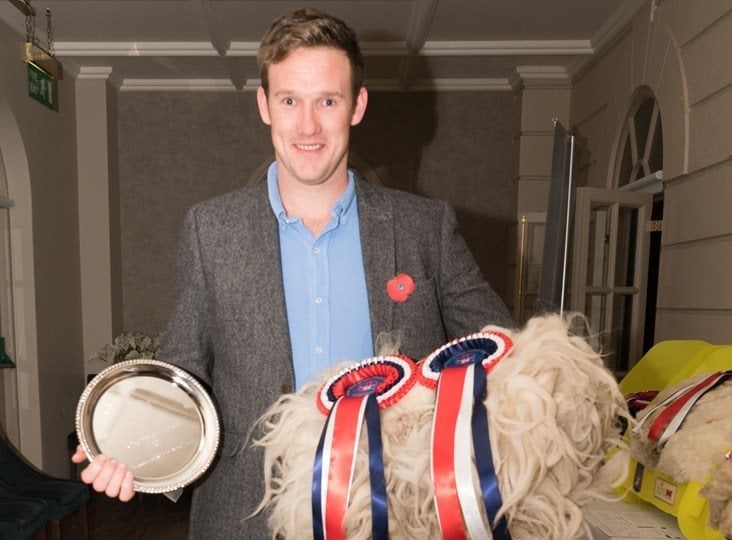