sitting down with manufacturers,
retailers and consumers. standing up for producers. About Us Join
Together we're growing something special.
Home >  Producer >  Your Wool >  Golden Fleece Competition 2019

Managed by British Wool in association with JG Animal Health, farmers registered with British Wool can enter the competition via British Wool’s network of 11 grading depots. Qualifying fleece competitions will also be held at 18 agricultural shows across the UK during 2019.

Last year’s winning fleece was from the Shetland breed and entered by Robin and Margaret McEwen-King. The 2018 Reserve Champion title was awarded to Sam McConnell from Co Down in Northern Ireland with a Rouge fleece. Robin and Margaret McEwen-King, last year’s competition winners said, “We were delighted and overwhelmed that we had produced the Champion Golden Fleece for 2018. We have been farming in Scotland for 26 years and have always had a great interest in producing quality wool. We were very proud to represent Scotland in the final and it was a great honour to receive this award.” 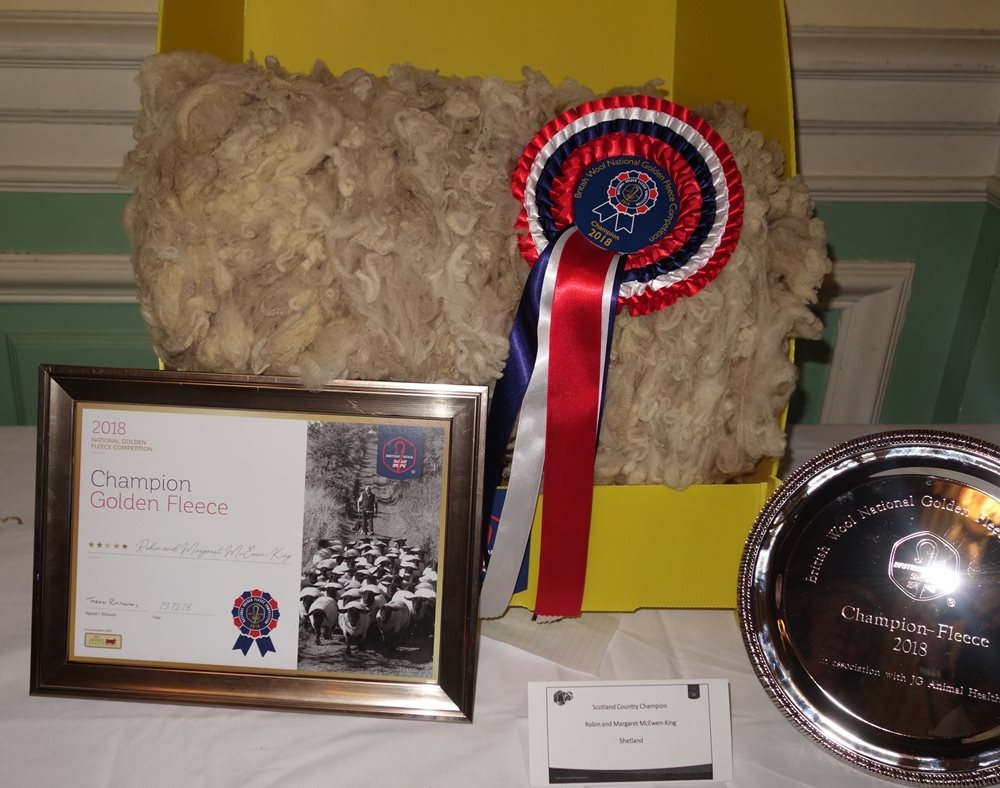