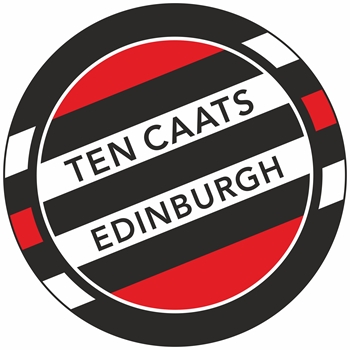 Ten Caats Edinburgh is a sports brand based in Edinburgh, heavily influenced by both Scottish and Italian football from the 1990's.

Their brand celebrates the most iconic players, managers, teams, kits and moments in football over the past few decades, and aims to strike a chord with those who love football nostalgia.

They pride themselves on their high quality products which are all British made and help to support local businesses. Secondly, they aim to ensure there is a meaningful story behind their products.

British wool certified hats are the Shearer (£28.00) and the Hardie (£28.00). The Shearer is named with the blessing of popular former Aberdeen striker Duncan Shearer, inspired by the Dons’ iconic red and dark blue home kit from the mid-1990s which they wore in their 1995 Coca-Cola Cup final triumph.

The Hardie is named with the blessing of popular former Partick Thistle midfielder Martin Hardie, inspired by the Jags home kit from their back-to-back promotion-winning seasons in 2000/01 and 01/02.