WORKING ON BEHALF OF OUR MEMBERS
Our mission is to drive sustainable demand for British wool in order to maximise returns for our members.
Home >  News >  Blogs >  A Day in the Life of...

Barry Bellis is Depot Manager of Newtown depot, the largest depot in terms of wool intake throughout the entire British Wool network. Barry runs the depot alongside colleague, Peter Penlington. Here we find out how Barry came to work for British Wool and what he is involved in day to day.

How long have you worked for British Wool?

I started working for British Wool in summer 2008 as a temporary warehouse operative, becoming a permanent member of staff by Christmas. Originally my role involved packing the wool into bales once it had been graded, I then progressed onto the apprentice grader programme.

Tell us a bit about your background.

I have always been involved in the local farming community in one way or another, growing up on a small holding and family member’s farms. I was involved in Tregynon YFC for 8 years, a club of 30/40 members.

What does your role entail?

Primarily I am on intake in the mornings, which gives me the opportunity to speak with farmers and hauliers to see how things are going. I am Joint Depot Manager with Peter, who focuses on the grading and quality control, I started out as Pete’s apprentice. In the afternoons I grade wool with our apprentice grader. Every other year you will find me judging the Royal Welsh Show fleece competition, as well as Minsterley and Pembrokeshire competitions.

What areas of the UK does Newtown depot cover?

Some of North Wales (Ruthin/Denbighshire areas), a little into Cheshire by haulier, all of Montgomeryshire and some of Radnorshire which borders with the Brecon depot area. We also receive wool from the Kidderminster and Wolverhampton areas and down to Cardigan in West Wales and up to Market Drayton Shropshire.

What can you expect on a typical day at Newtown depot?

During shearing season we see around 550 sheets a day coming through the doors through till September. We grade as much of this as possible on the same day across 5 grading stations. Once the wool is graded it is put into a skep along with other fleeces of the same grade, it is then packed, stored and collected by the buyers directly.

How would this differ out of the busy season?

From January onwards, we start grading wool from our Intermediate Depots, Dinas Mawddwy and Ruthin alongside the compacted bales of wool that are stored at Newtown.

What wool is most common at this depot?

Early season we see mainly Mules, Texels, Suffolks but more recently we have started to see more Romney’s. Later in the season, the Welsh Mountain and Cheviot wool starts to come through.

What is your favourite wool to grade?

Texel’s, they have a big fleece and you can get more graded in a shorter space of time.

Have you noticed a change in the types/styles of wool coming through Newtown depot over the years?

When I started grading there were a lot of Suffolk crosses, then Texel crosses took over and now we have started to see more Romney’s creeping in. There have been some big changes in the wool we see, for example the ‘Radnor’ grade used to have two lines of skeps waiting to be packed, which is now mainly Texel style wool. The biggest variances in the wool are in the lowland areas.

The past few years, we have seen whiter, very light fleeces with less moisture which is down to the good winters so fleeces are achieving better quality grades, which is better for the farmer. 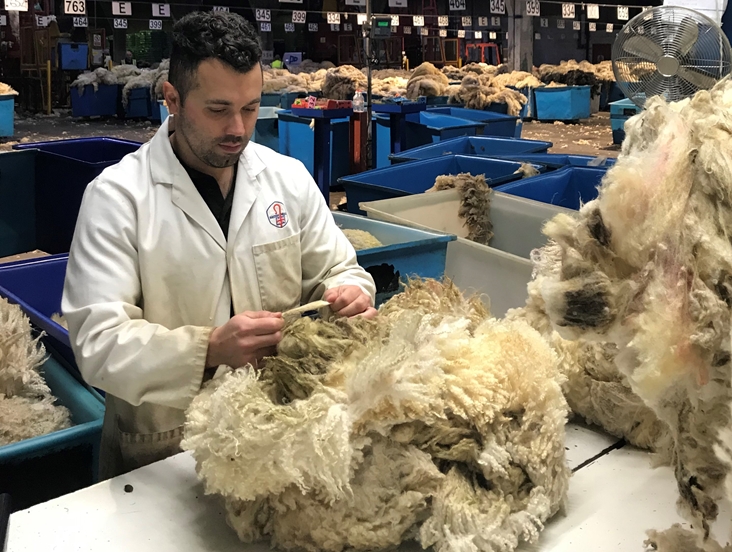 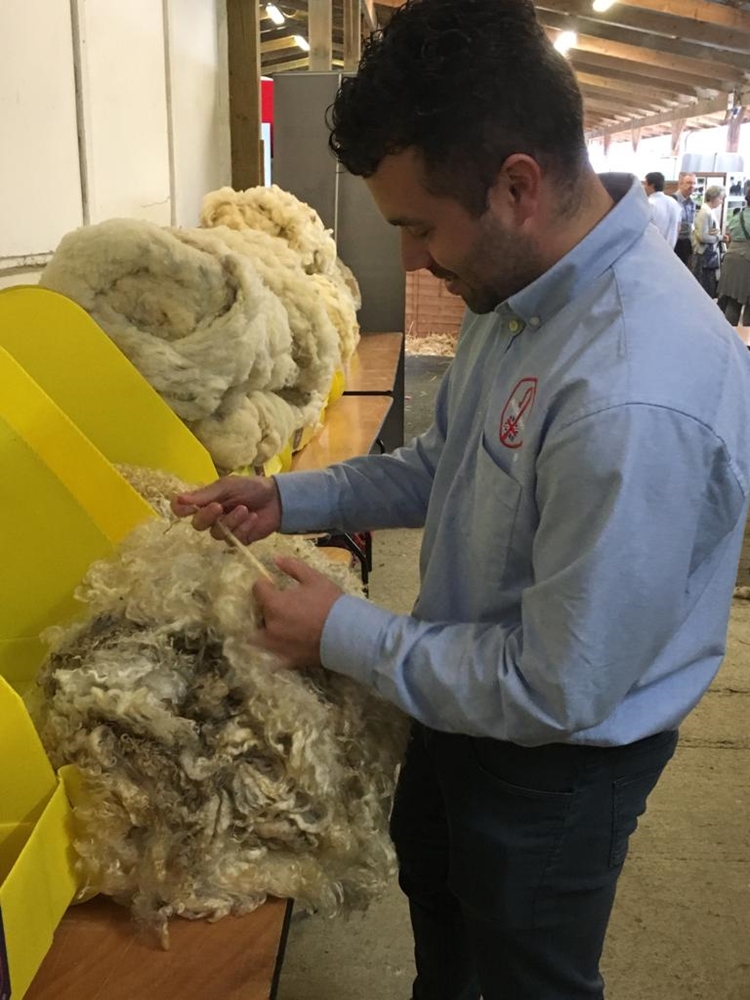 Barry, Judging the Fleece Competition at Royal Welsh Show in 2019